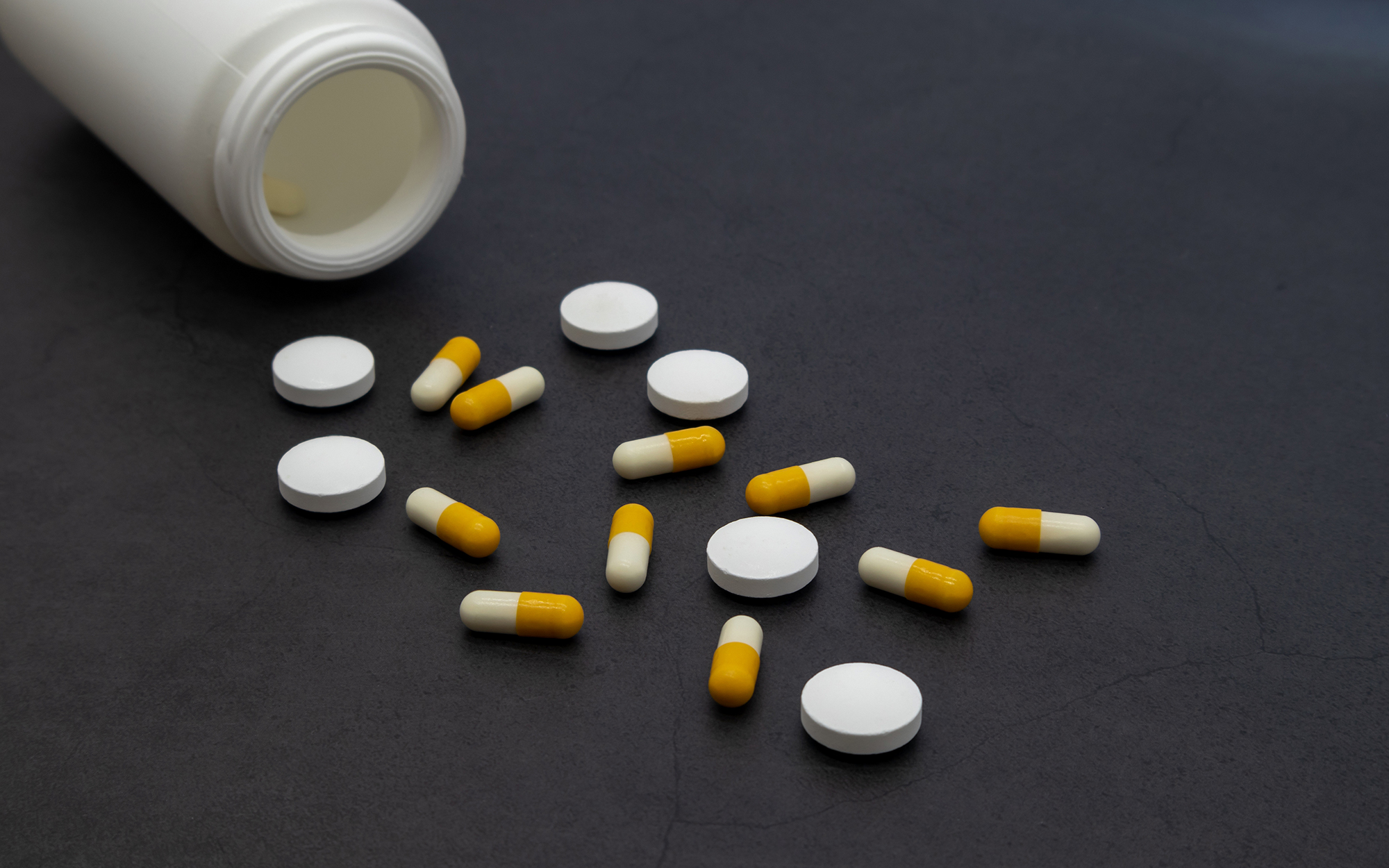 Adderall and Vyvanse are both amphetamine-based stimulant medications which are used to treat the symptoms of ADHD in both adolescents and adults. While they share many similarities, they also have a few key differences, which can affect how and why doctors use them in different circumstances. Read on to learn more about the similarities and differences in their potential side effects and dangers.

Disclaimer: This post is not a recommendation or endorsement for Adderall or Vyvanse. These medications are only FDA-approved for the treatment of certain specific medical disorders, and can only be taken by prescription and with oversight from a licensed medical professional. We have written this post for informational purposes only, and our goal is solely to inform people about the science behind these drugs’ effects, mechanisms, and current approved medical uses.

What are Adderall and Vyvanse?

Adderall (dextroamphetamine-amphetamine) and Vyvanse (lisdexamfetamine) both belong to a class of drug called amphetamines.

Amphetamines act on the central nervous system (CNS) to increase levels of dopamine, norepinephrine, and serotonin [1, 2].

Adderall and Vyvanse are both stimulants that have been officially FDA-approved for the treatment of ADHD, as well as a few other medical conditions [1, 3, 4].

Stimulants such as Adderall and Vyvanse are often the “first-line”, or primary, treatments for ADHD [6, 7, 8].

However, amphetamine use can lead to addiction and abuse. Stimulants have become the second-most abused drug by college students. This stems from a belief that stimulants like Adderall are “harmless” (they are not) [1, 12, 13].

Both Adderall and Vyvanse are classified as Schedule II drugs by the FDA, meaning they pose a high risk of abuse that may lead to physical and/or psychological dependence. This also means that they require a prescription in order to be legally bought and used [1].

To learn about the medical uses and mechanisms of Adderall and Vyvanse, check out this post.

Adderall and Vyvanse are both amphetamines classified as Schedule II drugs by the FDA. They increase brain dopamine, norepinephrine, and serotonin, and they are both prescribed for ADHD.

Due to their stimulating effects, amphetamine-based drugs such as Adderall and Vyvanse are widely abused for their effects on focus and sustained attention.

According to one survey of students who abuse stimulant medications, as many as 93.5% of the students reported that they abused these drugs in order to increase their ability to study for prolonged periods of time [1].

Students who abuse these amphetamine stimulants also commonly report a variety of other effects consistent with the known effects of these drugs, such as elevated mood (euphoria), increased motivation, and increased physical and mental energy [14].

However, there are a few differences between these drugs that can affect how and why they are abused.

For example, the “euphoric” effects of Vyvanse are believed to be lower due to the time it takes to convert to D-amphetamine [10, 15].

Similarly, one survey of 10,000 patients reported that Vyvanse was abused at slightly lower rates than both extended and immediate release Adderall – once again most likely because of the slower and steadier release of the active component by Vyvanse [16].

Some people abuse Adderall and Vyvanse to try to increase focus and motivation, while others use these drugs recreationally.

The Dangers of Abuse

Nonetheless, in all cases, abusing these drugs without a prescription, or using them recreationally, carries serious risks and dangers.

For example, abuse of amphetamines can cause potentially serious adverse side-effects including psychosis, heart attacks, diseased heart muscle, and even sudden death. They can also cause long-term increases in heart rate and short-term increases in blood pressure [1].

Amphetamines also carry a very high risk of addiction and dependence, which can then lead to withdrawal symptoms after abuse. Withdrawal, in turn, can lead to symptoms such as [2]:

There is very little scientific evidence supporting the fact that Adderall improves cognitive performance in non-prescription users. For example, one study in 46 healthy volunteers reported that Adderall had no effect on memory, creativity, intelligence, or standardized testing, but the volunteers believed that they were improving [17].

Believing that Adderall can improve cognitive performance may, in fact, help some people simply by increasing self-confidence. In other words, many of the supposed “cognitive enhancements” from these drugs may simply be a placebo effect [17].

Amphetamines like Adderall and Vyvanse can cause serious adverse effects and carry a high risk of addiction. We strongly recommend against using these drugs without a doctor’s prescription.

Keep in mind that if you have a condition that might require you to be treated with Adderall or Vyvanse, the best way to minimize your risk of adverse side-effects is to make sure your doctor is fully informed about your medical history, any other drugs you are currently taking, and other relevant factors.

The most common side-effects of both Adderall and Vyvanse include [4, 18, 16]:

Some more serious side-effects have also been reported. If any these symptoms occur after taking Adderall or Vyvanse, contact your doctor immediately [4, 18, 16]:

There are also some rarer, but still significant side-effects possible. For example, some preliminary evidence suggests that Adderall may decrease short-term memory in some users [1].

Similarly, Adderall has also occasionally been reported to lead to antisocial feelings, keeping users from enjoying or participating in interactions with others [20].

Some of the mental side effects of amphetamine use occur due to too much dopamine in the brain. For example, according to one study of 14 patients, 12 patients dependent on amphetamines developed psychosis. This brought about schizophrenic-like paranoia and intense hallucinations [21, 22].

Adderall use by athletes may be dangerous as it increases body temperatures, which may cause significant heat stress throughout the body. It is especially dangerous during exercise, because it can be easy to miss the symptoms of heat stress, such as exhaustion and fatigue [1].

According to some researchers, the use of stimulants may also stunt growth, particularly in younger patients. For example, one long-term study of 281 children taking Vyvanse reported that their average height ended up being 13% lower when compared to children who were never medicated. However, this idea is still controversial, and it’s not known for sure whether these growth differences might be permanent. For example, some researchers have suggested that discontinuing treatment can possibly lead to a growth “rebound” after the drugs are stopped [23, 24]. Nonetheless, much more research will be needed to know for sure what the long-term effects of these drugs on growth are.

Adderall and Vyvanse can both produce serious side effects. To avoid adverse events, never use these drugs without a doctor’s prescription.

Some research suggests that, out of all the potential side-effects of amphetamines, the ones involving the cardiovascular system may be particularly important.

For example, one of the most dangerous side-effects of both Adderall and Vyvanse can be a heart attack or stroke. Patients with a personal or family history of heart conditions are believed to be at a higher risk of developing such complications from the use of these medications [25, 26, 4].

Some evidence suggests that these heart-related complications may be due to changes in heart rate and blood pressure that are often seen following Adderall or Vyvanse consumption. On average, Adderall increases heart rate 1 to 2 beats per minute (bpm) – and as the dose is increased, heart rate also increases further. For example, according to one study of 111 children with ADHD, Vyvanse increased heart rate by up to 6.6 bpm. The average blood pressure also rose by up to 4 mmHg [27].

Some researchers have therefore proposed that the chronic stress that these effects put on the cardiovascular and circulatory systems may be responsible for some of these long-term risks [28, 19, 4].

Due to these findings, some researchers have advised that patients should be thoroughly checked for any potential pre-existing cardiovascular or circulatory issues before being prescribed Vyvanse or Adderall [19, 16].

Both Adderall and Vyvanse may cause dangerous cardiovascular events, including heart attack or stroke.

As always, make sure to keep your doctor fully up-to-date about any and all medications you are currently taking, so that they can help minimize the risk of adverse interactions.

Adderall release may be dependent on the acidity of the stomach. According to one study of 24 healthy adults, when Adderall was given with omeprazole (which reduces stomach acid), the Tmax of Adderall decreased by 2.25 hours. The Tmax of Vyvanse in response to omeprazole did not change, suggesting that Vyvanse is not affected by changes in acidity [29].

Because Vyvanse is unaffected by pH changes, it is believed to have relatively fewer interactions with other drugs (since this is one less factor that can influence how the drug acts in the body) [4].

However, the following Adderall drug interactions may also apply to Vyvanse [4]:

Finally, although rare, combining alcohol and Adderall may lead to a heart attack, so drinking while on these medications is not advised [30, 31].

Adderall and Vyvanse, as amphetamines, can interact dangerously with a long list of other drugs. To avoid unexpected interactions, never take these drugs without a doctor’s prescription, and make sure to discuss any medications or supplements you are currently taking.

Adderall and Vyvanse are both amphetamines which may be prescribed to treat ADHD. They are Schedule II controlled substances and should only ever be taken with a doctor’s prescription.

Both Adderall and Vyvanse are frequently abused by people looking to increase focus and motivation. Experts advise strongly against this use because amphetamines carry a high risk of addiction and side effects, including potentially dangerous cardiovascular events.

Adderall and Vyvanse may cause dangerous side effects and can interact with a long list of other drugs. To avoid adverse events and unexpected interactions, never use amphetamines without a doctor’s prescription.

Is Nicotine Bad For You? Facts, Effects & Addiction

What is Hydrochlorothiazide? + Uses, Mechanism & Dosage