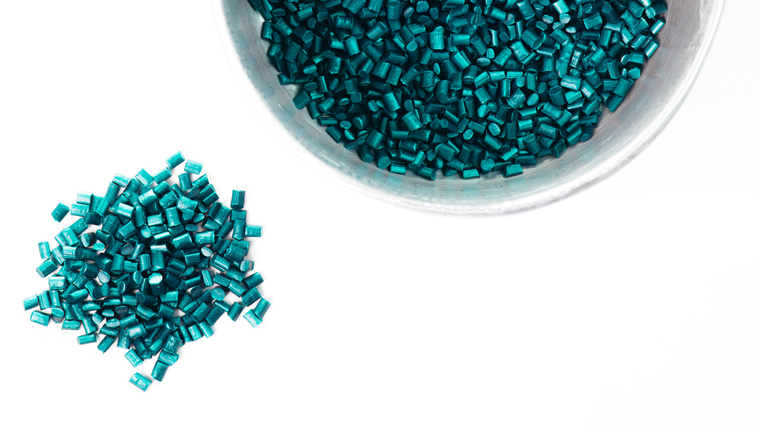 Methylene blue, a compound used to treat a blood disorder called methemoglobinemia, has a reputation for being a cognitive and mitochondrial enhancer. But how good is the evidence for these secondary benefits? Learn more here.

What is Methylene Blue?

Methylene blue (MB), also known as methylthioninium chloride, is a bioactive substance and a blue dye.

Some researchers believe that it can directly improve cellular and mitochondrial function and decrease the production of proteins linked to Alzheimer’s. It is also being studied for its potential to inhibit monoamine oxidase (MAO), nitric oxide (NO) synthase, and guanylate cyclase [1, 2].

At low doses, methylene blue (MB) has been shown to protect the brain from disease by acting as an electron donor to complex I-IV of the mitochondria which increases adenosine triphosphate (ATP) production. ATP is the currency of life and the energy that powers humans. If our production of ATP declines, our physical and mental performance declines. Even healthy individuals can benefit from a boost in ATP production [1].

MB is also able to stimulate glucose metabolism in conditions without oxygen and increase the amount of NAD+ produced by mitochondria [4, 5].

Low dose MB also acts as an antioxidant in mitochondria. MB interacts with oxygen to form water, which would decrease the superoxide radicals produced during the process of oxidative phosphorylation. MB can also trap leaking electrons produced by mitochondrial inhibitors and preserve the metabolic rate by bypassing blocked points of electron flow, thus improving mitochondrial respiration [1].

However, at high concentrations, MB can promote oxidative stress. Therefore, it is expected that low MB doses or concentrations will be, in general, more effective than large ones at facilitating physiological effects within mitochondria. In fact, at high local concentrations, MB can potentially “steal” electrons away from the electron transport chain complexes, disrupting the redox balance and acting as a pro-oxidant. This is thought to a result of excess electrons saturating the electron transport chain, producing reactive oxygen species (ROS) [1, 2].

In a rat model of cerebral ischemia, MB was able to speed up the removal of damaged mitochondria from a cell prior to cell death (mitophagy) [6].

MB is also capable of reducing the mitochondrial damaging effects of amyloid beta in animal models [7].

Methemoglobinemia is a blood disorder where an abnormal amount of methemoglobin is produced. Methemoglobin is an oxidized type of hemoglobin (carries oxygen throughout the body) that does not release oxygen efficiently [8].

This condition can cause troublesome symptoms like blue skin, shortness of breath, weakness, headache, and psychological changes. Severe, untreated cases can cause changes in heart rhythm, coma, and death [9].

Methylene blue (MB) binds to methemoglobin and converts it to a more efficient form, thereby improving the symptoms of methemoglobinemia [10].

A doctor may administer methylene blue intravenously to patients with methemoglobinemia. Do not under any circumstances attempt this treatment yourself. If you have symptoms of methemoglobinemia, seek medical attention immediately.

During septic shock, blood pressure can drop dangerously low. Methylene blue has been found to restore blood pressure and heart function during these dangerous episodes. While methylene blue may prevent hypotension on its own, some researchers believe that it is most promising as a complement to other medications used to treat septic shock [11, 12, 13].

The evidence for methylene blue’s effectiveness against the hypotension and heart problems associated with septic shock is quite strong. However, it has not been approved by the FDA for this purpose, and clinical trials are still ongoing [14].

Methylene blue (MB) was first used in 1891 to treat malaria, and it is considered safe and effective. Current studies have been investigating whether MB treatment alongside other antiparasitic drugs could prevent the parasites from developing drug resistance [15].

MB is an antifungal agent and may inhibit candida by causing mitochondrial dysfunction in this species [16].

Methylene blue has not been approved by the FDA for the purpose of cognitive enhancement, neuroprotection, or any medical purpose other than methemoglobinemia. Despite promising early results, existing clinical studies have not been large or powerful enough to determine effectiveness for any of the potential benefits in this section. Talk to your doctor before attempting to use methylene blue.

A clinical trial of twenty-six adults was conducted to investigate whether low doses (0.5 – 4.0 mg/kg) of methylene blue (MB) could increase brain activity and improve performance in memory tasks [17].

Compared with control subjects, oral administration MB increased functional MR imaging response during the encoding, maintenance, and retrieval components of a short-term memory task in multiple clusters in the prefrontal, parietal, and occipital cortex. MB was also associated with a 7% increase in correct responses during memory retrieval [17].

Methylene blue (MB) has been investigated in people with Alzheimer’s dementia, Some researchers believe that it could affect neurodegeneration via the inhibition of tau protein aggregation and amyloid formation [19, 20, 21].

Early studies have also begun to investigate methylene blue in models of Parkinson’s and Huntington’s diseases. However, these have not produced clinical evidence so far [22, 23].

It is unclear whether these findings can be repeated in people with other types of phobias. Further clinical trials are needed.

No clinical evidence supports the use of methylene blue for any of the conditions listed in this section. Below is a summary of the existing cell-based research, which should guide further investigational efforts. However, the studies listed below should not be interpreted as supportive of any health benefit. As always, talk to your doctor before using methylene blue.

MB inhibited MAO-A more than MAO-B, but it inhibited both at large doses. The researchers cautioned that MB should therefore not be combined with antidepressants. At doses exceeding 5 mg/kg, it may cause serious serotonin toxicity/serotonin syndrome, if combined with any SSRIs or other serotonin reuptake inhibitor [25, 26].

Because this study was undertaken via direct exposure in a glass dish, it is currently unclear whether MB could work as an antidepressant on its own. Future clinical studies will clarify. For the time being, we do not recommend using methylene blue for the purposes of improving depression. If you have depressive symptoms, talk to your doctor about better-studied solutions.

A study showed MB to be an effective antioxidant in connective tissue cells. This was true whether the cells were taken from healthy donors or from patients with a premature aging disease [27].

These effects have only been observed in cell and tissue studies so far. Animal and human trials will determine whether topical application or oral doses could have the same effect.

The FDA has only approved methylene blue for the treatment of methemoglobinemia, and this treatment can only be carried out by a medical professional. There is no safe and effective dose for any other purpose because no sufficiently powerful study has been undertaken to find one. That being said, we can look at the doses which have provided benefits in clinical studies.

Various studies have used between 1 and 4 mg/kg, depending on the source [18].

Most side effects of MB appear to be dose-dependent and have not occurred with doses of less than 2 mg/ kg, a dose range that is widely used in clinical trials [18].

As mentioned, it should not be taken with an SSRI or serotonin increasing drug, if you’re taking a high dosage [12].

It may also cause higher blood pressure [12].

Even pharmaceutical (USP) grade methylene blue may contain impurities such as arsenic, aluminum, cadmium, mercury, and lead. At higher doses, some researchers have warned of the danger of these contaminants accumulating in the patient’s tissues [3].

Industrial-grade and chemical-grade MB sold as a dye or stain can consist of more than 8% or 11% of various contaminants (NTP, 2008, Sigma Chemical Co, St. Louis, MO) and should not be administered to humans or animals [3].

For example, commercial chemical suppliers routinely warn that their non-USP MB products are of a chemical grade not suitable for use in living applications [3].

When combined with rivastigmine, a cholinesterase inhibitor, the effect of MB was potentiated. To avoid unexpected interactions, talk to your doctor before using methylene blue [18].

What is Ranitidine (Zantac®)? + Side Effects & Interactions