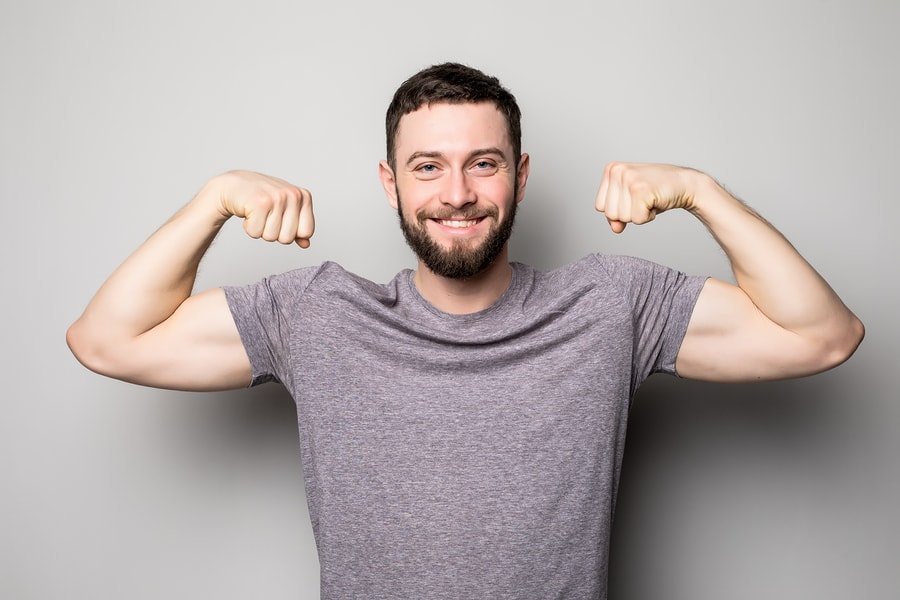 Mirtazapine is mainly used as a second or third line antidepressant. However, it has many other beneficial uses, ranging from the treatment of anxiety and insomnia to improving symptoms of OCD and PTSD. It is a drug with a complex mechanism of action, but it shows promising results in a number of off-label uses.

Disclaimer: Mirtazapine is a prescription medication that should only be used with a doctor’s prescription. Discuss your symptoms and medications with your doctor. This post is purely informative. We are providing information that is available in the clinical and scientific literature.

Mirtazapine also sold under the brand name Remeron, is a medication primarily used in the treatment of major depression/major depressive disorder (MDD). It was approved by the FDA for this indication in 1996.

Mirtazapine is not often used as first-line treatment, however, physicians consider it a particularly useful choice in patients who have had sexual dysfunction while using other antidepressants, or patients that have insomnia in combination with their depression [1].

Mirtazapine is generally well tolerated and quick-acting. Symptom relief begins within a week. This is a faster onset compared to medications in the selective serotonin receptor inhibitor (SSRI) class [R, R].

It is effective for long-term use in the treatment of depression and is comparable to the effectiveness of other drugs such as amitriptyline, clomipramine, doxepin, fluoxetine, paroxetine, citalopram, and venlafaxine [2].

Mirtazapine is classified as a tetracyclic antidepressant (TeCA) and noradrenergic and specific serotonergic antidepressant (NaSSA) that blocks two classes α2-adrenergic (auto and hetero) receptors as well as 5-HT2 (A and C) and 5-HT3 receptors. These two properties cause an increase in the release of norepinephrine and decreased inhibition on serotonin-releasing neurons. This results in higher levels of norepinephrine and increased overall serotonergic signaling. It also inhibits histamine receptors (H1) [3, 4].

The only indication for mirtazapine (Remeron) is the treatment of major depressive disorder.

In eight trials (randomized controlled trials) of major depression, improvement began in the first week of treatment and was greater than placebo and equal to that of the tricyclic antidepressant (TCA) amitriptyline [6].

Mirtazapine is also as effective as trazodone in short-term randomized controlled trials of patients with moderate or severe depression, including elderly patients that also had anxiety or sleep disturbance [7].

Mirtazapine was more effective than SSRIs and the serotonin-noradrenaline reuptake inhibitor (SNRI) venlafaxine after two weeks and short-term therapy for major depression [8].

However, in terms of long-term efficacy, it was equally as effective as TCAs and SSRIs in treating major depression [9, 10].

Mirtazapine combined with other antidepressants improves efficacy in the treatment of depression and, in conjunction with SNRIs, has successfully used to treat treatment-resistant major depression [11, 12].

Mirtazapine is hypothesized to reduce depression by:

Mirtazapine is not typically used for anxiety disorders.

In a study (open-label) of 44 patients with a generalized anxiety disorder who had an average duration of the symptoms for 12.3 years, the positive response rate was as high as 79.5%. Approximately 44% of patients felt a full relief of symptoms. It also helped people who were previously on benzodiazepines discontinue their use [17].

Mirtazapine has had a positive effect on anxiety disorders in the following human studies:

No valid clinical evidence supports the use of mirtazapine for any of the conditions listed in this section.

Below is a summary of the existing animal and cell-based research, which should guide further investigational efforts. However, the studies listed below should not be interpreted as supportive of any medical use.

In rat models, mirtazapine has been shown to improve memory [27].

In a single small study, mirtazapine was more effective than placebo at improving some measurements of PTSD. This pilot study also concluded that mirtazapine may improve some symptoms of general anxiety disorder. Proper clinical data are lacking [28].

Another study (retrospective review) found that after four weeks, half of the patients who received mirtazapine reported a significant reduction in the severity of PTSD symptoms. No valid clinical conclusions can be drawn from this study [29].

One small study (randomized controlled trial) found that all patients responded positively to mirtazapine treatment based on the Yale-Brown Obsessive Compulsive Scale (YBOCS) and the authors concluded that mirtazapine may be an effective therapy for OCD with more research [30].

Another study (randomized controlled trial) in 49 patients found that mirtazapine in combination with citalopram resulted in “much improved” or “very much improved” ratings on the Yale-Brown Obsessive Compulsive Scale (YBOCS) by the fourth week, compared to the citalopram and placebo groups that did not see real results until the eighth week [31].

Mirtazapine is thought to improve headaches through inhibiting histamine and 5-HT2 receptors and activating 5-HT1 receptors [33].

Mirtazapine, like antihistamines, inhibits the histamine H1 receptor, which is how scientists think it may cause its sedating effects [34].

In case studies, mirtazapine increases deep sleep (SWS), sleep onset, and sleep continuity. Mirtazapine was shown to decrease cortisol and ghrelin throughout the night, while leptin and melatonin increased [34, 35].

However, mirtazapine was found to show a slight, but not a significant reduction in REM sleep. Tricyclic antidepressants, MAOIs, and SSRIs are all shown to strongly suppress REM sleep (retrospective review) [38, 39].

Mirtazapine may have an appetite-stimulating effect in patients taking it. Weight gain and increased appetite are among the most commonly reported side effects of the medication [40].

The appetite-stimulating effects of mirtazapine and antidepressant effects of the medication show it as a promising drug in the use of patients that have anorexia caused by depression, or depression caused by anorexia [41].

If any of these side effects persist or worsen, tell your doctor or pharmacist.

One study observed a significant increase in weight gain in the first week of therapy [44].

Mirtazapine has shown in rare cases to cause liver damage [45, 46].
If you experience serious side effects while taking this medication, seek medical help urgently

Use During Pregnancy and Breastfeeding

Patients should tell their doctor if they are pregnant, breastfeeding, or trying to conceive. There are no adequate and well-controlled studies in pregnant women. Animal reproduction studies do not point to risks, but animal findings are not always predictive of human response. Therefore, this drug should be used during pregnancy only if clearly needed. It is not known if the drug is safe while breastfeeding and whether it passes into breast milk [48].

Mirtazapine has a number of interactions with other medications that your doctor should be aware of [49]:

Mirtazapine is available as tablets and orally disintegrating tablets (ODTs). It seems to be more sedating at lower doses and more activating at higher doses. In patients simply trying to treat insomnia, it is not unheard of to use 7.5 mg. The normal starting dosage is 15 to 30 mg and can be titrated up to a maximum dosage of 45 mg [2, 3, 50].

What is Mescaline? Emerging Research, Risks & Side Effects