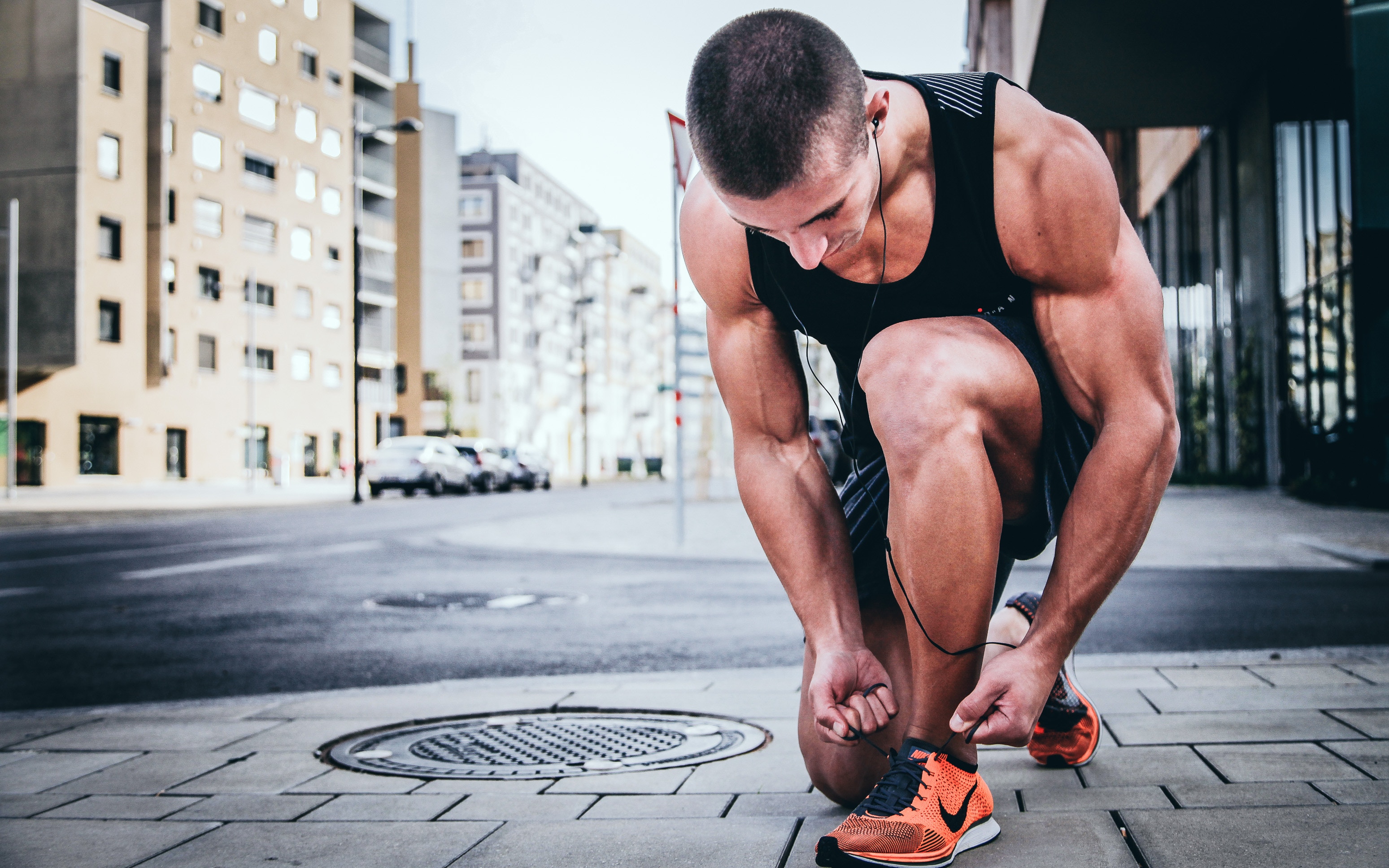 Some popular bodybuilding blogs claim S23 is a drug that provides the same strength gains and fat loss as steroids without any nasty side effects–but they are downright wrong! S23 is an unapproved drug with a serious potential for harm. Read on to understand its dangers and side effects.

Disclaimer: We highly recommend against using this drug since its effects and safety are unknown. Proper clinical trials are completely lacking. Therefore, we are presenting the available information from the clinical and scientific literature with the aim of helping readers understand the dangers involved.

Similar to testosterone and other SARMs, researchers hypothesized that S23 targets the muscle and bone tissues to promote muscle growth and bone health. Some blogs cite animal studies in which S23 reduced the size of the prostate. However, clinical trials are completely lacking to back up any of these claims [1].

In reality, the “SARMs selectivity theory” might be completely false. It has never been proven, and SARMs like S23 never passed proper clinical trials. SARMs may turn out to be much more dangerous than previously thought.

S23 is becoming increasingly popular in the bodybuilding community. It is allegedly effective at increasing muscle mass and decreasing fat all while having minimal side effects. However, S23 can deplete testosterone levels, which requires users to need unapproved post-cycle therapy (PCT) [1].

This SARM has attracted strong interest for its potential to be used as male birth control. In rats, S23 led to infertility in 100% of the cases. The triggered infertility was temporary and could be completely reversed after stopping the drug [1].

Research has explored the use of S23 for increasing sexual motivation in women. Other potential uses include preventing muscle loss and increasing bone density [2, 3].

It is important to note that S23 has not been studied in humans and is not approved for human use. Currently, all SARMs are banned in professional sports by the World Anti-Doping Agency [4].

SARMs are hypothesized to selectively bind to androgen receptors in the muscles and bones while only mildly affecting the prostate and other tissues. Different SARMs are thought to have different degrees of selectivity (based on their chemical structure). Their selectivity has never been proven in humans [5].

Cell studies have shown that S23 establishes very strong bonds with androgen receptors, making S23 one of the most potent SARMS currently available [1].

The action of S23 on muscles and bones is complex. In general, when a SARM binds to an androgen receptor it increases the activity of genes that make muscle proteins. Activated receptors can also send signals to increase the activity of bone-building cells [6].

The contraceptive effects of S23 are due to its ability to suppress FSH and LH, two key hormones for making sperm. However, this effect disappears at higher doses [1].

S23 is a research chemical. To date, no human studies on the use of S23 have been published.

Thus, we don’t know how dangerous this substance may be. Its effectiveness in humans is also unknown. This means it has a high potential for harm and should be avoided at all costs.

S23’s popularity comes users claiming it can build lean muscle mass and burn fat, similar to steroids. These claims are completely ungrounded, though, since clinical studies on S23 are nonexistent.

In a study on rats, S23 decreased the average body weight and fat mass. To promote mating, the rats were also given an estrogen (estradiol benzoate), which causes muscle loss. S23 was able to override the effects of estrogen and increase lean muscle mass [1].

Researchers are putting in considerable effort to develop the “male pill”, seeking a substance that would be both safe and effective. S23 shows promise as a contraceptive for men because it can suppress hormones (FSH and LH) that are important for sperm production.

When S23 was given to male rats, it caused extremely low sperm counts, which resulted in a 100% infertility rate. After halting S23, sperm counts returned to normal. As a result, rats resumed mating with 100% pregnancy rates. Importantly, this highlights that the contraceptive effects of S23 are temporary [1].

Although S23 was given through injections in this study, it could also be formulated as a pill. Other studies show that S23 pills are well absorbed [1].

The natural decrease in sex hormones after menopause reduces sexual desire and arousal in women. A severe lack of sexual motivation is called hypoactive sexual desire disorder (HSDD), which is typically treated with testosterone. However, testosterone may increase heart disease and breast cancer risk [3].

S23 can increase sexual desire without testosterone-like risks. In a study on postmenopausal rats, most SARMs were able to increase sexual activity. S23 in particular increased sexual motivation while maintaining the size of the uterus and uterine lining [3].

S23 completely lacks clinical research. None of the conducted animal studies can be used to asses if S23 works and how dangerous it can be. Based on the existing data, its effects are unknown and its potential to cause harm is high.

Here we summarized the available reviews and feedback from online communities with the attempt to additionally warn people about the dangers of taking this unapproved drug.

Note: All the information below is anecdotal and based only on the personal experiences of S23 users. We can’t attest to its accuracy. We also can’t say to what extent these experiences are affected by other SARMs or different drugs/supplements taken at the same time. And lastly, we are far from sure about the actual content and quality of S23 in numerous products users bought online.

The popularity of SARMs is increasing in the bodybuilding community despite a lack of safety research. Without the drawbacks of steroids, SARMs are very appealing appearance enhancers. S23 is no exception and has a reputation as one of the strongest SARMs on the market.

S23 is used to achieve a chiseled, hardened look that is sought after in bodybuilding competitions. A popular strategy is to add S23 near the end of the training cycle to achieve a competitive physique.

Some users report stacking S23 by combining it with other SARMs. Stacking several unapproved drugs (e.g. S23 and other SARMs) together is a dangerous practice. It increases the potential for harm since the effects, side effects, and interactions of these drugs have not been investigated. The long-term risks are even less certain.

Many reviews praise S23 for its effectiveness. Multiple users compare it to high doses of steroids such as Winstrol (stanozolol) and Anavar (oxandrolone). They say S23 can also prevent muscle loss during calorie deficient cutting cycles.

On the downside, numerous users say S23 can induce “roid-rage” similar to testosterone. According to some, it causes hair loss and darkens the urine.

Users universally agree that PCT (post-cycle therapy) is essential after S23 because of its testosterone-suppressing effects. To avoid testosterone shutdown, many users take PCT (Clomid or Nolvadex) to restore hormone.

There is no safe or effective S23 dosage since S23 is an unapproved drug that has not been studied in humans.

Most bodybuilding websites say men take 10 – 30 mg/day divided into 2 doses per day, assuming that S23 has a relatively short half-life of 12 h. Such dosages are made up based on dangerous self-experiments and anecdotes. Taking any amount of S23 carries serious risks.

Thus, we highly recommend against using this drug. Speak with your physician about lifestyle changes or approved therapies to achieve your goals instead.

S23 Side Effects, Safety, and Limitations

The side effects of S23 are unknown. No clinical studies have been carried out. This drug has serious potential for harm. Taking would be extremely dangerous since its safety profile has not been investigated.

Information about the side effects of S23 from animal studies is sparse and can’t be used to draw any conclusions.

Anecdotal evidence from user reviews points to additional side effects. Increased aggression similar to “roid rage” can be expected along with darker urine. There are a few reports of hair loss, which is significant because other SARMs generally spare the hair.

The biggest side effect from a bodybuilding perspective would be the total depletion of testosterone in the body. This requires users to need post-cycle therapy.

The safety of S23 in humans has not been established. S23 is a dangerous, unapproved drug with serious potential for harm. Its short- and long-term side effects are unknown.

Recent research additionally cautions users when purchasing SARMs online. A recent analysis uncovered that of 44 SARM products sold online only about half actually contained SARMs. In addition, another 39% contained unapproved drugs, 25% contained substances not listed on the label, and 9% contained no active substance at all [8].

The current research on S23 is limited. Only a few cellular and animal studies have been performed. Among these studies, the long-term effects of S23 have not been evaluated.

More research is needed, especially in humans, before S23’s safety and effectiveness can be evaluated.

At the moment, the effects and safety of S23 are unknown.

We highly recommend against taking this drug. Talk to your doctor about approved therapies for achieving your goals.

S23 is being called the strongest SARM available on the market. This is not supported by research

Users suggest that S23 is comparable to Ostarine and LGD-4033 when it comes to muscle gain and fat loss. Reports of side effects are similar, although S23 appears to trigger more testosterone shutdown. According to reviews, what sets S23 apart is the way it hardens the body to produce greater muscle detail.

There is no safe or effective S23 dosage since S23 is an unapproved drug that has not been studied in humans.

Dosing information from animal studies (S23 doses widely ranged from 0.01 mg/day to 3 mg/day for rats through injections or by mouth) cannot be extrapolated to humans [1].

Unofficial dosages commonly used in bodybuilders range from 10 – 30 mg/day, usually split into 2 due to S23’s half-life of 12h. However, this drug clearance rate is based on animal studies and is likely not accurate in humans.

Users have reported using S23 for up to 8 weeks, usually as part of cutting cycles.

Additionally, users who buy SARMs online risk getting products that don’t contain the active ingredients or that contain other dangerous compounds. Even if these products did contain S23, which is highly unlikely, taking them would be extremely dangerous and the consequences unknown [8].

Modafinil vs. Adderall: Uses & Side Effects