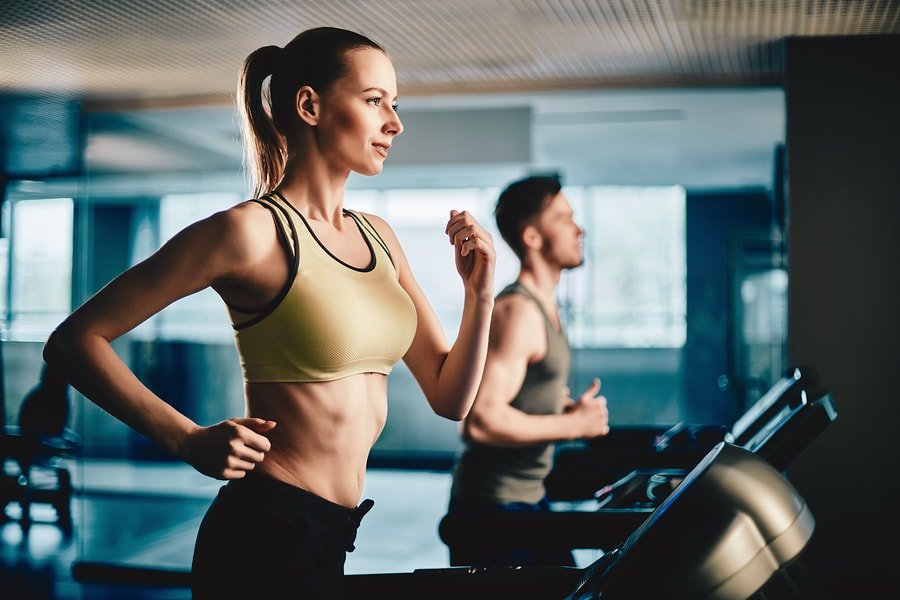 SR9009, also known as Stenabolic, is a synthetic drug created to study the circadian rhythm. It was shown to boost endurance, reduce anxiety, and decrease cholesterol, weight, and inflammation in mice. These effects, if proven in humans, would replicate some of the beneficial effects exercise has on our bodies. However, Stenabolic has not been tested in humans at all! Its side effects are also unknown. Read on to learn why it’s dangerous.

Disclaimer: We highly recommend against using this drug since its effects and safety are completely unknown. No human data on it have been published so far. Therefore, we are presenting the available information from the scientific literature with the aim of helping readers understand the dangers involved.

What is it exactly?

Stenabolic or SR9009 is a research chemical. To date, no human studies on the use of SR9009 have been published.

Thus, we don’t know how dangerous this substance may be. Its effectiveness in humans is also unknown. This means it has a high potential for harm and should be avoided at all costs.

Our bodies function in a coordinated manner, in 24-hour cycles that are adjusted to the rise and fall of the sun. This pattern is called the circadian rhythm.

The circadian rhythm is maintained through a loop mechanism that turns genes on and off (when CLOCK and BMAL1 genes are turned on, they turn on PER and CRY. Then, PER/CRY turn BMAL1/CLOCK off and the 24-hour cycle resets) [1].

The REV-ERBs are a pair of proteins that stabilize our internal clock by turning BMAL1 off. They are, in turn, activated by the heme group. Heme is a small iron-containing compound found all throughout our body, for example, in red blood cells [1, 2].

SR9009 is a compound that enhances REV-ERB activity (known as agonists) and has good bioavailability [3].

Because of the many positive effects seen in animals, SR9009 found its way online and is being sold and used as a supplement, mainly within the bodybuilding community. It has been referred to as “exercise in a bottle.” However, there are still a lot of things we don’t know about this drug, including its side effects.

All the effects observed for SR9009 derive from REV-ERB (NR1D1, NR1D2) activation in the body.

REV-ERB affects the circadian behavior of mice, altering their activity and sleep patterns [4].

Besides its effect on the circadian rhythm (suppression of BMAL1 production), REV-ERB affects many other functions related to energy production [4, 5].

REV-ERB is mainly found in liver, muscle, and fat tissue:

Mice injected with SR9009 for 7 days lost weight due to a decrease in fat mass. Food intake was not affected [8].

SR9009 given for 7 to 10 days reduced blood levels of triglycerides and total cholesterol in mice [8].

Mice treated with SR9009 for 30 days showed increased endurance. They ran for a longer time and covered more distance than controls [5].

SR9009 increased the number of total and active mitochondria in muscle cells (by repressing autophagy genes) [5].

SR9009 diminished lung inflammation in rats (by reducing the production of TNF-alpha) [10].

Genetically modified mice susceptible to hardening of the arteries were treated with SR9009 for 7 weeks. The size of the blood vessel lesions was reduced, while food intake, body weight, and blood fat levels were not affected [12].

In mice with surgically induced heart growth (hypertrophy), SR9009 given for 2 weeks reduced heart size and weight, with no effect on blood pressure [13].

Mice injected with SR9009 during daytime (this is when the mice are supposed to be asleep) were more active during the day and had less deep sleep (less REM and slow-wave sleep). However, when SR9009 was injected during the night (when mice are active), it had no effect [14, 15].

SR9009 may potentially help in maintaining wakefulness when the drive for sleep is significant including shift work, jet lag, and some sleep-related disorders.

SR9009 injected twice a day for 3 to 10 days, decreased anxiety-like behavior in mice and was as effective as a benzodiazepine [14].

SR9009 decreased tissue damage in mice with induced liver scarring when treated with SR9009 for 2 weeks [16].

The side effects of SR9009 are unknown. This drug has serious potential for harm. Taking would be extremely dangerous since its safety profile has not been investigated.

No human dosage has been established so far. Most experiments in mice have used a dose of 100 mg/kg applied intraperitoneally; that is, injected directly into the body cavity.

Online bodybuilding forums, however, suggest a much lower daily dose of 10-40 mg. They also suggest dividing this into 3-4 doses per day.

There are no scientific reports on the effectiveness of SR9009 when taken orally.

To date, no scientific studies on the use of SR9009 in humans have been published.

SR9009 is sold online for use as a performance enhancer in bodybuilding.

Some users report improved endurance, while others state it has limited or no benefits. For many, the suggested repeated dosing (3-4 times a day) makes it bothersome to use.

There are vendors who sell SR9009 in the United States.

We at SelfDecode advise speaking to a doctor before taking any drug, especially an unscheduled drug with limited long-term safety data in humans.