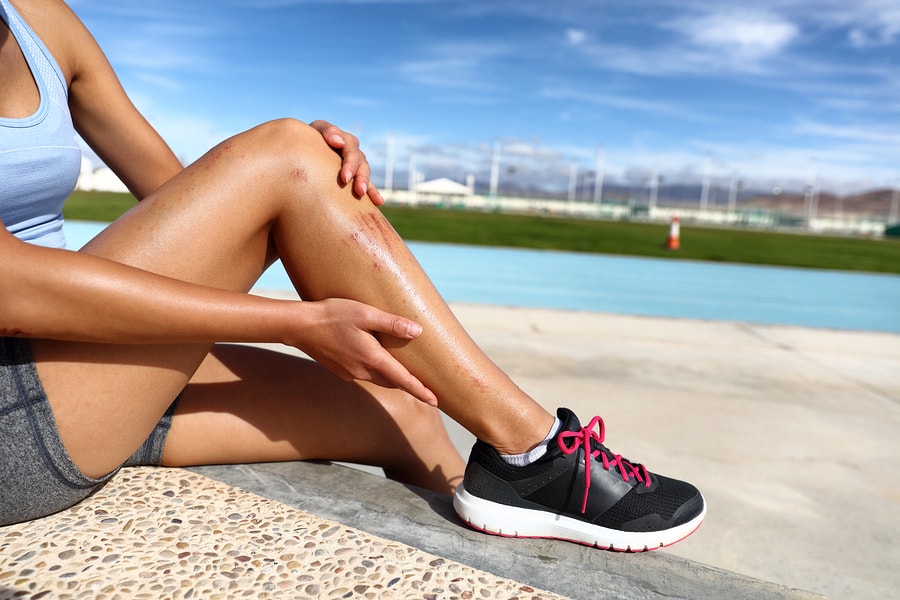 Muscle pain (such as lower back pain) and muscle spasms are very common problems, affecting millions of people. Muscle spasms and pain are often treated with muscle relaxants, such as methocarbamol, which repress the nervous system to provide temporary relief. Read on to learn more about the uses and side effects of methocarbamol.

Methocarbamol (brand name Robaxin) is a prescription medication used to treat muscle spasms and pain. This drug is typically used in combination with physical therapy, rest, and other treatments to provide short-term pain relief from painful muscular conditions [R].

The mechanism of action of methocarbamol is not fully understood.

Research suggests that methocarbamol primarily works by suppressing the nervous system by blocking nerve signals from the spine. It may also block acetylcholinesterase, an enzyme that breaks down the neurotransmitter acetylcholine, which plays an important role in muscle activation [R, R, R].

Although it is referred to as a muscle relaxant, methocarbamol doesn’t appear to directly affect muscle contraction. However, methocarbamol may increase the refractory period of muscles, which is the period of time that the muscle is relaxed and unable to respond to signals from the nerves [R, R].

Methocarbamol is typically not used alone. Instead, it should be used in combination with other treatments, physical therapy, and/or rest [R].

Despite the relatively widespread use of methocarbamol for a variety of painful muscle conditions, there is limited clinical research for this use [R].

An older randomized placebo-controlled trial of 59 patients with painful muscle spasm found that methocarbamol was effective in 60% of the patients. However, 30% of the patients that took the placebo also reported symptom relief [R].

According to a multi-center randomized placebo-controlled trial of 202 patients with lower back pain, methocarbamol may reduce pain and improve mobility [R].

Another randomized placebo-controlled trial of 100 patients who suffered from muscle cramps due to liver disease found that methocarbamol may reduce the frequency and duration of cramps [R].

In a retrospective cohort study including 592 patients who sustained closed rib fractures, methocarbamol was associated with shorter lengths of hospital stay [R].

However, a systematic review of 101 clinical trials that examined various muscle relaxant drugs concluded that the clinical research on methocarbamol is very limited and there is insufficient evidence to determine its effectiveness or safety [R].

Some common side effects include [R]:

Some serious side effects include [R]:

Methocarbamol works by suppressing the nervous system, which may cause significant drowsiness or dizziness. Those taking methocarbamol should not operate a motor vehicle or machinery until they know how this medication affects them [R].

Methocarbamol should not be taken with other substances that can depress the nervous system, such as other muscle relaxants or alcohol.

There’s some evidence that methocarbamol may interfere with certain lab tests. Always let your medical team know about all the medications you are taking to avoid any unwanted interactions.

For example, there is a case report of methocarbamol causing a false-positive result on a vanillylmandelic acid (VMA) excretion test, which is used to help diagnose specific types of cancer. However, this type of test is not commonly used anymore [R, R].

There is another case report of methocarbamol causing a false-positive result on a 5-hydroxyindoleacetic acid (5-HIAA) excretion test, which is also used to help diagnose certain cancers [R, R].

Risk of Injury in the Elderly

Methocarbamol and other muscle relaxants should be used with caution in the elderly because of an increased risk of falls and injury [R, R].

People who are allergic or hypersensitive to methocarbamol or any of its components should not take this medication [R].

There is some evidence that methocarbamol may cause birth defects when used during pregnancy. Women who are pregnant or plan to become pregnant should not use methocarbamol unless a doctor determines that the benefits outweigh the possible risks [R].

It’s unclear if meloxicam is present in breast milk. A doctor will weigh the benefits and risks when determining if the use of meloxicam is appropriate during breastfeeding.

The following drugs have been reported to interact with methocarbamol. However, this is not a complete list, let your doctor know of all the medications you are currently taking to avoid any unexpected interactions.

Is Methocarbamol a Narcotic?

With all muscle relaxants, there is some potential for drug abuse. Methocarbamol has sedative effects and may cause dysphoria had higher doses [R].

The dosing of meloxicam can vary. Always take this medication as directed by a doctor.

Methocarbamol is available as an oral tablet and as an injection.

Oral tablets are available in strengths of 500 mg and 750 mg.

The initial dosage of oral methocarbamol is usually 1,500 mg taken 4 times a day.

What is Ligandrol (LGD 4033)? A Science-Based Review