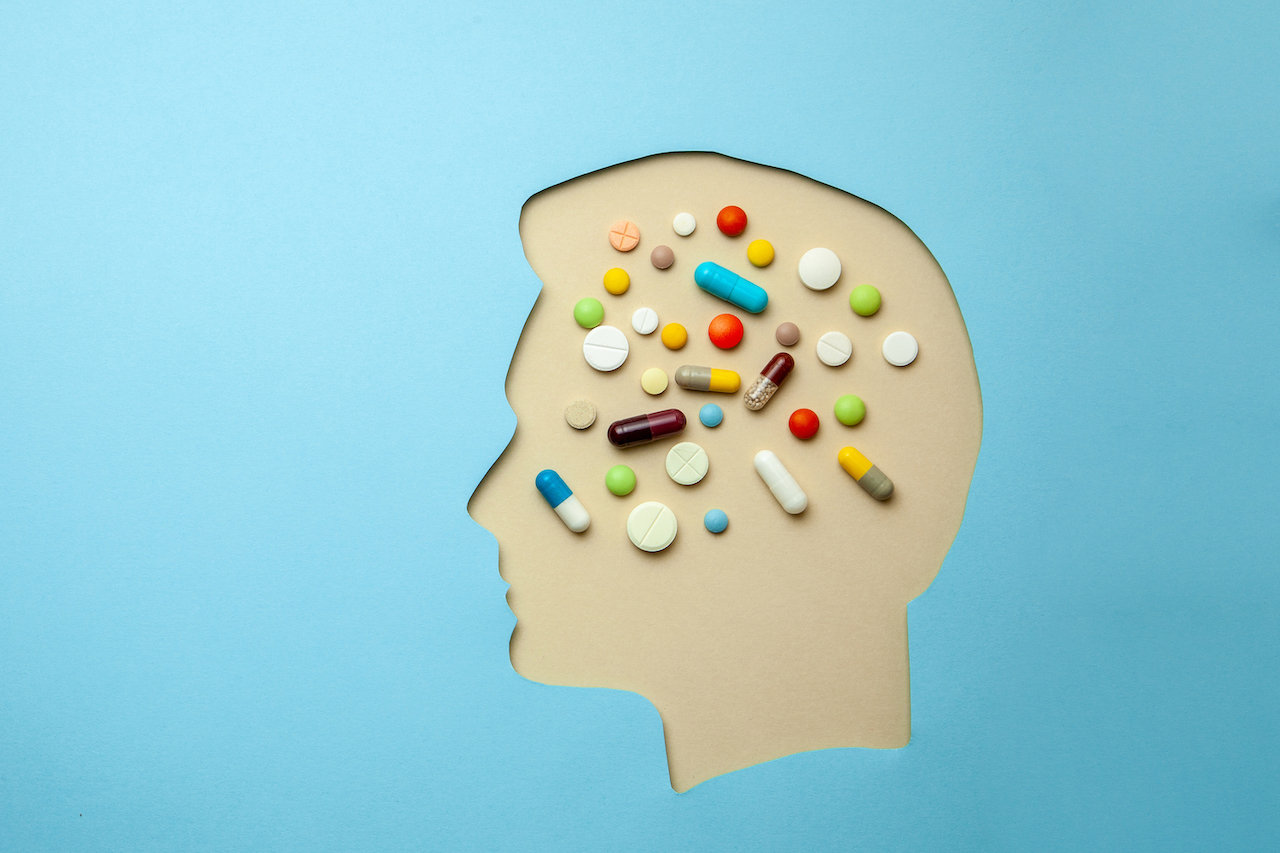 Doctors often prescribe stimulants to children and adults with ADHD. Studies suggest different classes of ADHD drugs can have distinct effects on the brain, though all are proposed to improve focus and lessen symptoms. Read this post to learn how ADHD medication may affect the brain and cognitive function.

In this post, we’ll go over different ADHD medications and the science behind their use and effects on the brain. ADHD medications should only be used if prescribed by a licensed physician. If you have ADHD, discuss treatment options with your physician and never change or discontinue your treatment plan on your own.

Stimulants such as Ritalin or amphetamines are the first choice for ADHD therapy due to their high effectiveness and relative safety [R, R].

Studies suggest that these drugs improve dopamine transmission by increasing its levels in the striatal region. Researchers found that Ritalin blocks the transporters that remove dopamine, while amphetamines also promote its release. According to them, Ritalin also seems to improve norepinephrine transmission [R, R].

The two amphetamine-based drugs most commonly used for ADHD are Adderall and Vyvanse. While Adderall is a mix of amphetamine salts, Vyvanse is only made up of lisdexamfetamine dimesylate [R, R].

Both Adderall and Vyvanse were similarly effective in 2 trials on 18 adults and 52 children. When compared to Ritalin, Adderall’s effects were stronger and longer-lasting in 3 trials on over 100 children [R, R, R, R, R].

Unfortunately, stimulants may lose effectiveness after repeated use because the body increases the production of the transporters that remove dopamine and norepinephrine [R, R].

[sh_summary] Large-scale studies show that stimulants (like Ritalin, Adderall, and Vyvanse) improve cognition in children and adults with ADHD. [/sh_summary]

In people with ADHD, the most common adverse effects of stimulants include mood changes, hyperactivity, reduced appetite, and increased heart rate and blood pressure. They usually improve rather than worsen cognitive function, although a few, small studies found cognitive impairment in healthy people [R+, R, R].

In a small trial on 28 healthy men, Ritalin improved planning if taken after the placebo but had the opposite effect if taken first. This suggests Ritalin worsens executive function in previously established tasks [R].

In another trial on 79 healthy people, Ritalin improved accuracy in an attentional control test but increased response time [R].

In 2 trials on almost 100 healthy people, amphetamines improved working memory only in those with a low baseline capacity. In those with a higher capacity, they had no effect on easy tasks and even worsened performance in difficult tasks [R, R].

A review warned that stimulants may worsen selective attention and distractibility, short-term acquisition of information, and cognitive flexibility [R].

In a study in monkeys, amphetamines damaged the brain cells responding to dopamine. Similar changes occurring during aging are associated with reduced attention, mental flexibility, and response inhibition [R, R].

Some scientists believe that the brain changes associated with ADHD are caused by stimulant medication rather than being a feature of the condition [R+].

Although stimulants reduced the size of a brain region (striatum) in a study on 43 people with ADHD, these drugs prevented and reversed brain changes in 2 studies on 90 people and a meta-analysis of 14 studies [R, R, R, R].

Overall, the totality of the findings seems to suggest that stimulants prescribed for ADHD don’t trigger “brain fog” symptoms.

[sh_summary] There is no solid evidence to suggest that stimulants prescribed for ADHD can trigger “brain fog.” [/sh_summary]

Non-stimulant drugs are less effective than stimulants, especially in the short-term. However, they may be preferred in people who don’t respond to stimulants, experience adverse effects from these drugs, or are at risk of abusing them [R, R].

Atomoxetine was the first non-stimulant drug approved for ADHD. It increases norepinephrine and dopamine levels in the prefrontal cortex by blocking their transporters [R, R].

Clonidine and guanfacine are approved for ADHD in children and adolescents, mainly as alternative or add-on therapies. They both mimic the action of norepinephrine by activating its alpha 2 receptors in the prefrontal cortex [R, R].

Clonidine improved inattention and other ADHD symptoms in 6 clinical trials on almost 600 children, especially in combination with stimulants. A meta-analysis found it effective, but less than stimulants and with more side effects (especially drowsiness) [R, R, R, R, R, R, R+].

Guanfacine improved inattention and was well tolerated in 4 clinical trials on over 800 children and a small trial on 17 adults. Because it’s approved as an extended-release form, its effects last longer than those of clonidine [R, R, R, R, R].

[sh_summary] Doctors may prescribe non-stimulant drugs to people with ADHD who don’t respond to stimulants. [/sh_summary]

Some drugs are not approved for ADHD by the FDA but are prescribed by some doctors off-label when conventional medicines don’t work. Remember to carefully follow your treatment routine and not make any changes without consulting your doctor. The following drugs improved cognitive symptoms in clinical trials:

ADHD medications are prescribed to both children and adults with ADHD.

Stimulant medications improve cognitive symptoms and have proven to be effective. Non-stimulant ADHD medications are usually only prescribed to people who don’t respond to stimulants.

Be sure to discuss your medications with your doctor.

What Do We Know About Oxiracetam? Purported Effects, Potential Risks, and More