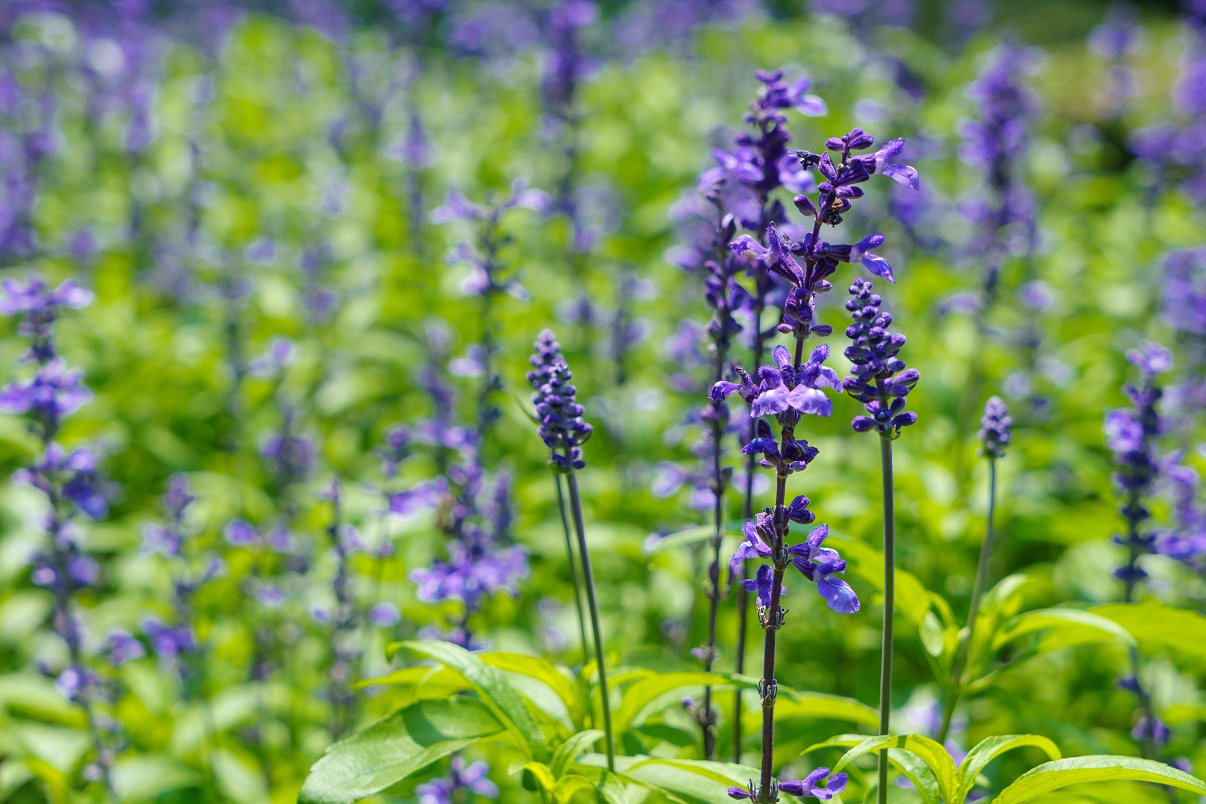 The hallucinogenic mint Salvia divinorum is traditionally consumed by indigenous tribes in Mexico as a medicine and for spiritual purposes, but many states and countries have criminalized its use. Read on to learn more about how salvia works, the health risks, and the legality of its use.

Disclaimer: Salvia is illegal in many states in the U.S and is a controlled substance in several countries. We highly advise against the use of salvia until future studies determine its safety and efficacy in medically-supervised and safe settings. The only aim of this post is to outline the research findings.

What is Salvia Divinorum?

Salvia divinorum (also known as Sage of the Diviners, Seer’s Sage, Yerba de la Pastora, Ska Maria, or simply salvia) is a plant species known for its hallucinogenic effects due to psychoactive compounds in its leaves.

Native groups from Mexico have long used this plant in their rituals and as a traditional remedy [1].

Salvia is not considered a controlled substance in the United States, but it has been made illegal in several states. In many other countries, salvia is illegal [3].

The salvia plant is native to the sierras of Oaxaca, Mexico. The Mazatec tribe who are native to the region have long used the plant in religious ceremonies and as a medicine for various conditions including headaches, joint pain, and arthritis pain [4, 5].

In the 1970s, it was reported that young people from cities in Mexico were traveling to the Sierra Mazateca to purchase Salvia divinorum from the native tribes to make into cigarettes and smoke as a substitute for marijuana [6].

Use in the United States appears to have grown steadily during the 1990s. According to the National Survey on Drug Use and Health, the lifetime prevalence of salvia use increased from 0.7% to 1.3% from 2006 to 2008 [7].

The following section describes the legal status of salvia in different countries. Laws are complex and constantly changing, do not use this information as legal advice. Always verify your own local regulations.

Currently, in the United States, salvia is not a controlled substance on the federal level, although there have been multiple attempts to make salvia and its active compound a Schedule I substance [8].

However, 29 states have made salvia and/or salvinorin A (the active compound in salvia) illegal or have limited its use. In addition, a number of other states are currently considering legislation to ban salvia [9].

Even in states where salvia is not considered illegal, the use of the plant may still have legal repercussions. For example, a man in Nebraska was prosecuted for selling salvia even though it was not illegal in the state at the time. He was charged under a more general statute that bans the sale of products that induce an intoxicated condition [10].

Salvia is legal in most other countries.

Below are some countries where salvia is currently illegal or prohibited in some manner. However, this is not a comprehensive list, always verify your own local regulations [11].

Specific regulations vary widely depending on the country. For example, in some countries (like Denmark and Finland), salvia is only legal for medical purposes [11].

How Does Salvia Work?

The main component responsible for salvia’s hallucinogenic effects is a unique compound called salvinorin A [12].

The hallucinogenic dose of salvinorin A in humans is estimated to be around 250 to 500 μg, which makes it slightly less potent than LSD, a synthetic hallucinogen that is known for its high potency [13].

According to research, the primary mechanism of salvinorin A is the activation of kappa-opioid receptors (OPRK1). These receptors are linked to several roles in the body, including pain, hallucinations, bodily perception, motor control, mood, depression, and addiction [14, 15, 16].

Unlike classical hallucinogens such as LSD, DMT, psilocybin, or mescaline, salvia appears to have no effect on serotonin receptors (5-HT2A) [14].

However, like LSD, salvia may activate dopamine receptors (D2 in the striatum) [17].

Research suggests that salvia also has indirect effects on the same receptor types that are activated by cannabis (CB1 and CB2) [18, 19].

It is illegal to possess or consume salvia in many countries, including many parts of the U.S. It is unclear what the health risks are of taking salvia. Below is a summary of the reported effects of salvia, outlined for informational purposes and in no way supports the use of this substance.

The effects of taking salvia can vary depending on dose and the way it is taken (smoked, chewed, or as a tea) [1].

Psychological and sensory effects may include [1]:

Physical effects may include [1]:

Users of salvia also sometimes report experiencing after-effects, which are sensations that last up to 24 hours or more after smoking. These effects can be positive (such as improved mood or calmness) or they can be negative (such as weird or racing thoughts) [20, 21].

There are 3 primary methods of consuming salvia: smoking, chewing the leaves, and brewing tea.

When smoked, the effects typically begin rapidly (within 30 seconds), but diminish within about 15 minutes [22, 23].

When chewing salvia leaves, the effects take approximately 20 minutes to begin and usually last between 1 to 2 hours [23].

In the case of infused tea, effects may last up to 3 hours, according to some reports. However, the effects may be milder because the active ingredient in salvia is deactivated by the digestive system before reaching the bloodstream [24, 25].

The safety of taking salvia is unclear due to a lack of clinical research. There is very little information on the health risks of salvia, especially potential long-term effects.

According to a review of reports from the California Poison Control System, only 18 cases due to salvia alone were reported over a 10-year period. Among these cases, some reported side effects include [26]:

In the sections below, we’ll detail some other potential health risks that have been described in case reports and small studies.

There are several case reports of salvia causing short-term and long-term psychosis [27, 28, 29].

For example, there is a report of one user being admitted to psychiatric emergency services after experiencing 3 days of paranoia, déjà vu, and other psychotic symptoms after consuming salvia [29].

In another case, an 18-year-old female was admitted to a psychiatric emergency room and then legally committed for involuntary treatment after escalating attempts at self-harm, disorientation, and other psychotic behaviors. These symptoms appear to have been triggered when salvia was put into her cigarette with her being unaware [28].

A placebo-controlled trial of 8 healthy hallucinogen-using adults found that salvia may cause dose-dependent impairment to recall and recognition memory. However, these effects did not appear to persist at a 1-month follow-up [30].

There is a case report of one woman who experienced 3 days of nausea, vomiting, diarrhea, and gut pain shortly after quitting salvia. Up to that point, she had been taking salvia on a regular basis for 3 to 4 months [33].

It is illegal to possess or consume salvia in many countries, including many parts of the U.S. No clinical studies have evaluated the health effects of this substance. Below is a summary of animal research that has explored the potential positive effects of salvia, outlined for informational purposes and in no way supports the use of this substance.

Research in animals has explored some potential positive effects of salvia.

Animal studies have also found that salvia may protect the brain against damage from oxygen deprivation in pigs and mice [40, 41, 42, 43, 44].

What is Mescaline? Emerging Research, Risks & Side Effects